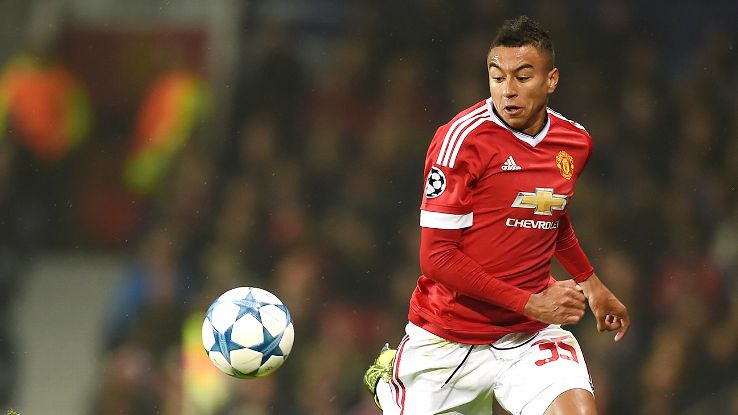 Jesse Lingard reckons the vociferous Manchester United fans at Old Trafford can provide the backing that helps Jose Mourinho’s side overcome Feyenoord in the Europa League.

Manchester United winger Lingard says the players know they have the backing of the Red Devils faithful and they can cheer them on to victory in the Group A clash on Thursday.

Mourinho’s men are third in the table, just one point off the leading position with two games left and go into the clash with the Dutch outfit keen to put to bed their frustration at the 1-1 Premier League draw with Arsenal on Saturday.

Juan Mata gave United a 1-0 lead in a match that the home side dominated but a late Olivier Giroud goal earned the Gunners an unlikely point.

Lingard, 23, who has been at the club since the age of seven, says:

“United have a great chance of satisfying the demands of the Theatre of Dreams faithful and recording a victory in a game which is a “must win” encounter.

He said: “I think we’re still in a strong position and are very close to the top of the group. If we get a win on Thursday against Feyenoord, I think that we’ll then be in a good position to go on and win the group.”

“Of course we can get three points, especially because we are playing at home. And we’ll have the fans right behind us and supporting us but either way it’s vital we go out and get a result.

“I wasn’t involved in the first game in Rotterdam and watched the game on television. It looked as if it was a tough match, but the most important thing now is to try to bounce back and win this game for everyone at the club.”

United face West Ham on Sunday in the Premier League following their game against Feyenoord.

Jose, Fellaini is just not a Manchester United player!