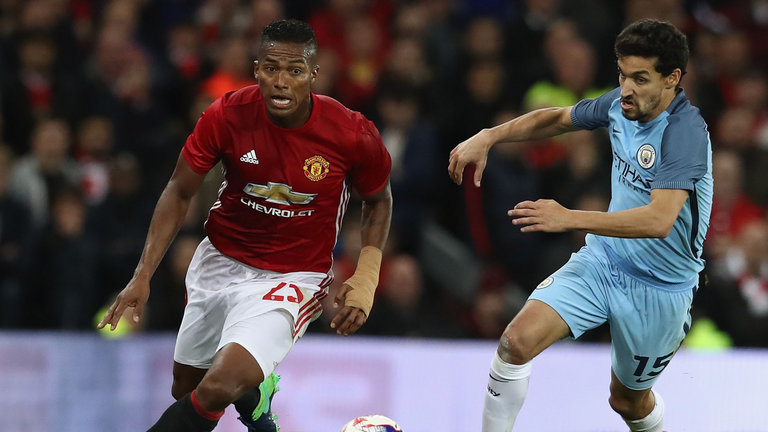 Jose Mourinho has made little secret of his intentions to bolster his Manchester United squad in the January transfer window. One position, however, that will be way down on his list of priorities in terms of improvement will be that of right-back.

That’s because of the emergence of Antonio Valencia as a magnificent example of a player finally finding the berth in which he most excels.

His positional excellence was highlighted with his dazzling display in the 1-1 draw with Arsenal in the Premier League; a game in which he earned the man-of-the-match award.

Ecuadorian Valencia has been used a right-winger for the majority of his career. Yes, he has played at full-back before and let us not forget that it was Louis van Gaal who made it his permanent position.

But having recovered quickly from a fractured arm picked up in the EFL Cup win over Manchester City last month, Valencia had, arguably, his best game in the slot against Arsene Wenger’s side.

And his performance earned high praise from his team-mates. Red Devils vice-captain Michael Carrick has gone on record to applaud the former Wigan Athletic ace.

“Antonio has been incredible at right-back since he has moved to that position. He just looks so dangerous going forward but, at the same time, he is so solid defensively”.

“His positional play has improved a lot and I think that’s told. He has been our best player in a lot of our games this season. To come back so quick from a broken bone speaks volumes for him and his attitude to get back and play”.

“He is a beast. He is a great player and very important for us, defending and going forward. He gives us a lot on the right flank”.