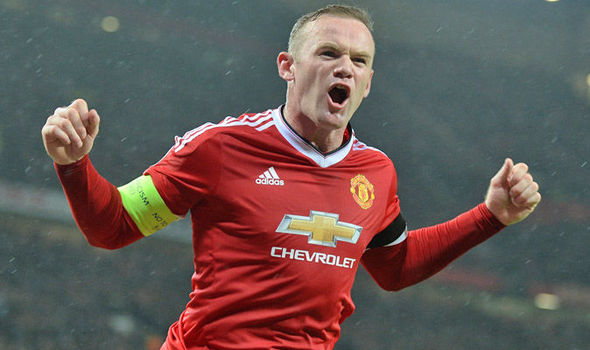 Jose Mourinho saw Wayne Rooney salvage a point and add another chapter to the record books and then paid tribute to the battling spirit of the Red Devils.

England striker Rooney came off the bench to score a last-gasp free-kick to earn the visitors a 1-1 draw at the Bet365 Stadium in the Premier League on Saturday.

The former Everton attacker became United’s all-time leading scorer with 250 goals with the equaliser against Mark Hughes’ men — edging him past the record set by the iconic Sir Bobby Charlton.

Mourinho says Rooney’s crucial goal epitomised the belief currently surging through the ranks at Old Trafford — and the support the team is enjoying from the supporters.

“Everybody believes until the end but you have to be really strong to believe when you start the game and you start immediately missing chances and some of them quite easy chances. And on top of that, you score an own goal. So it’s hard but again the spirit is fantastic and I think it’s very important.”

Meanwhile, it has been mooted that Rooney could end his career with a huge pay day with a move to China and Mourinho says that no-one would blame him if he chose that path to conclude his dazzling career.

“I think he still has more to give us, but you reach a certain level in his career when it is up to him. Could anyone have been critical of Zlatan Ibrahimovic if, last summer, he decided to go to China or USA, one guy who has had an amazing career, and it is the same with Wayne.”