Welcome to the first part in a fictional series, using Football Manager 2017. My challenge is to see if I can return Manchester United FC to its former glory on the game. It shouldn’t be that hard, should it?

After securing their first major trophy since the retirement of Sir Alex Ferguson, the Manchester United board decided to ceremoniously sack manager Louis Van Gaal with a year left on his contract. It was decided that United were not the winning team that they once were under the retired Scottish manager. They needed something new, they needed to start again, they needed to be reunited.

The appointment of Jose Mourinho was touted for a while however the board decided to give the biggest job in England to a manager that had no previous job experience. The reason that they gave the job to unknown Englishman Chris Hatton was due to the promises that he made in the interview process, which were: 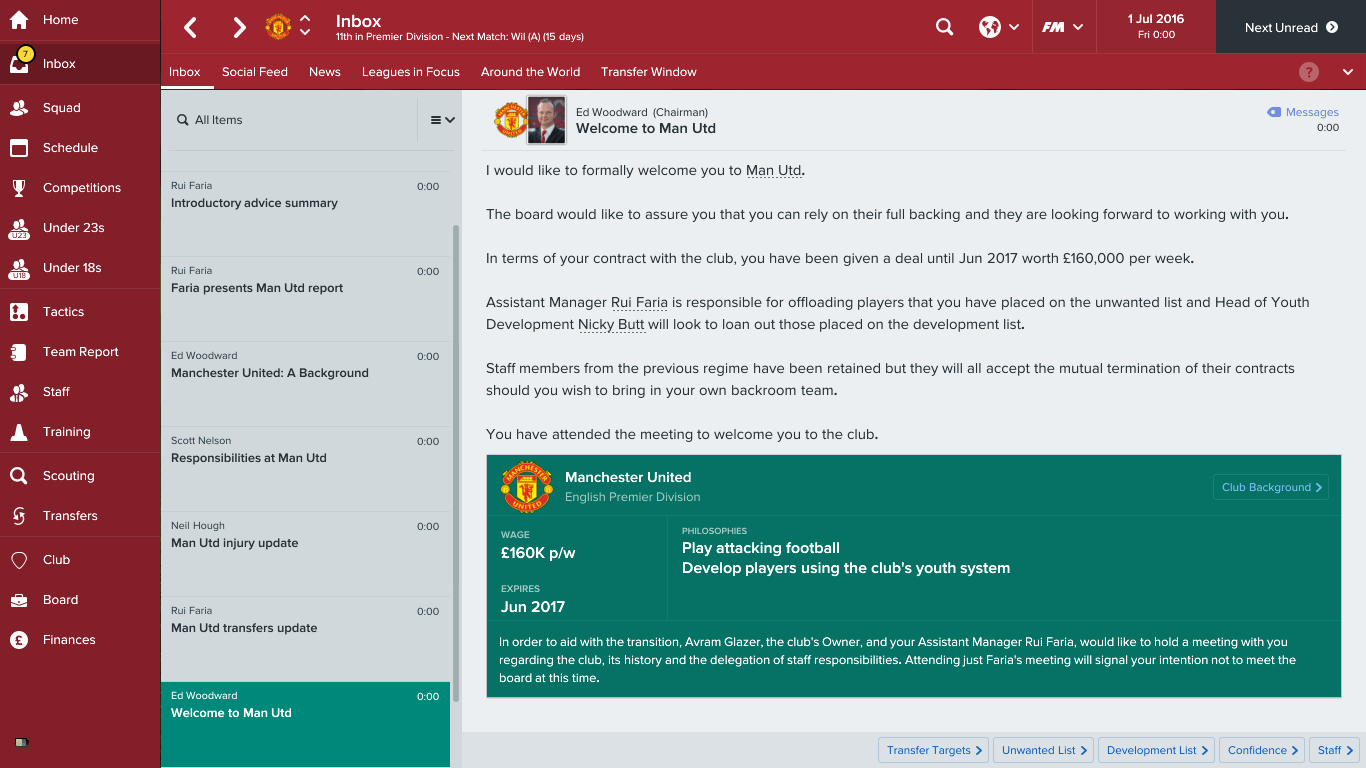 I think any Man United fan would agree with me that their team should be going into every game they play expecting to win, and expecting to win well. I will be making sure that my team is set up to attack from the off, control the game and have majority of the possession. More of this will be covered in our ‘Tactics Instalment’.

Secondly, since the recent emergence of youngsters like Jesse Lingard and Marcus Rashford, the money men upstairs have been left believing that we should be the club that develops the club and not forking out big bucks for the finished article. This fact is highlighted by the £89m that the club has just spent on the return of ex-player Paul Pogba. This will not be allowed to happen again. There are already a few rough gems in the academy and hopefully I can blood these players in the non-important games.

As well as adhering to these promises, I have been informed that winning is a must. A look at our competition expectations will tell you that our work is cut out for us this season. We are expected to win both the Europa League as well as the Premier League, and reach the FA Cup final. This job might just be harder than we thought it would be, and it could be over very quickly if we don’t hit the ground running at the start of the season. 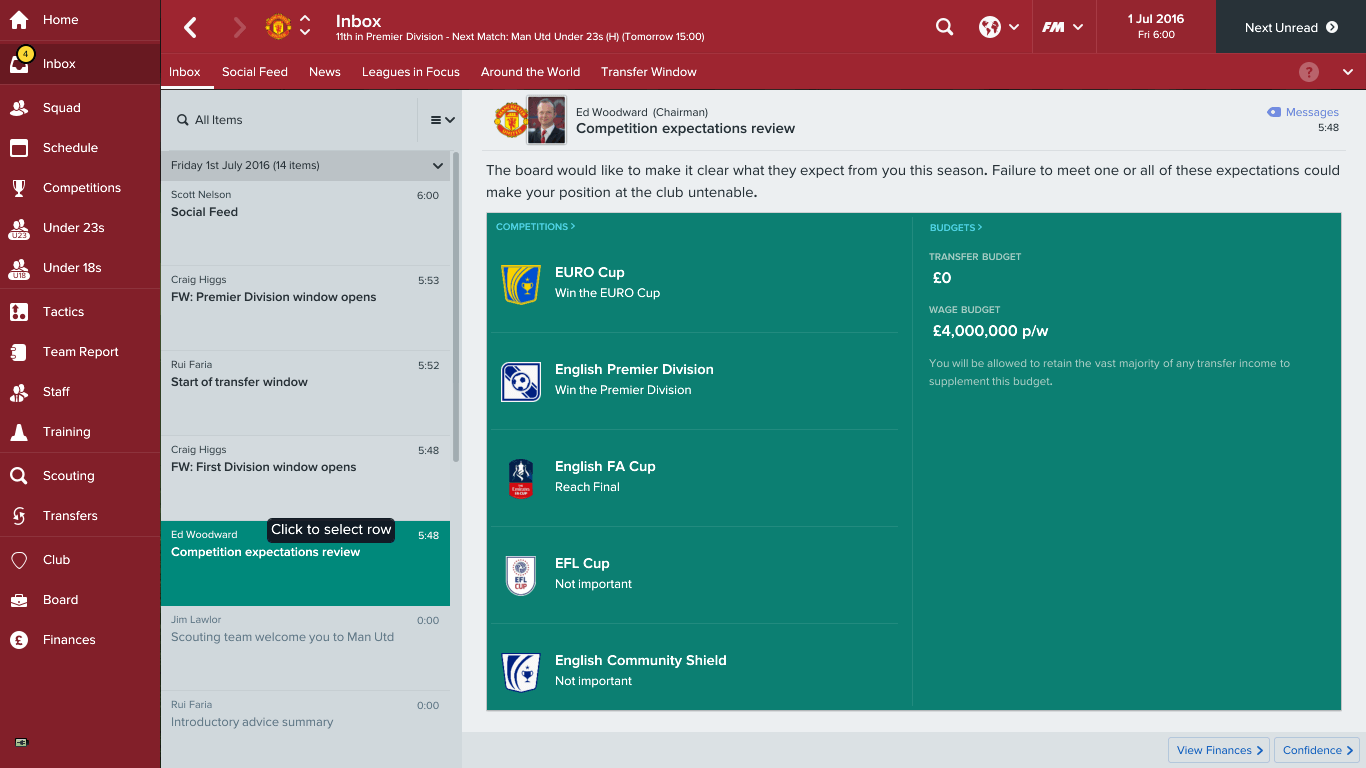 We have decided to make this as real as possible by disabling our transfer budget for the first transfer window. This means that we are stuck with the United starting squad. I will, however, be sending my scouts out to try and find those that need to be signed in the January transfer window. I will confirm my plans within our ‘Scouting Instalment’ of pre-season.

Join us next time where we will go through the Manchester United starting squad and assess where we believe our strengths and weaknesses are. We will also go through the tactics that we will be hoping to use for the coming season.