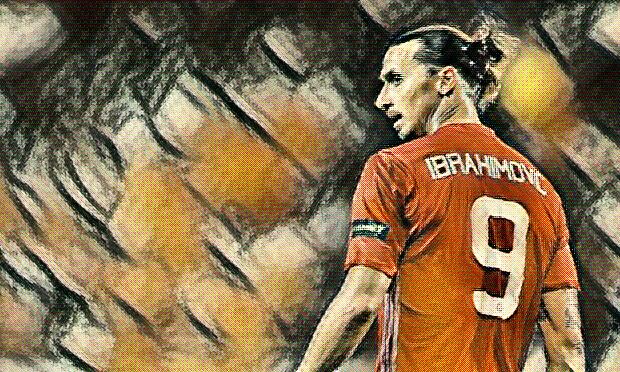 Zlatan Ibrahimovic arrived Old Trafford in the summer with lots of doubt about his ability to cope with the Premier League. Arsene Wenger even publicly doubted his potential future success at Manchester United owing to his age. A 34-year-old Zlatan coming to the EPL to do battle with younger strikers like Diego Costa (sic!), Harry Kane, Romelu Lukaku etc. The big Swede had the odds stacked against him.

Today, at twenty three goals and counting, Arsene Wenger must be regretting his damning public assessment of Ibra. His prediction of inability to cope with EPL pressure failed. Woefully.

The charismatic striker kept his cool and silenced doubters. His turn up during the EFL Cup Final against Southampton summarised the player he is. He has however, not come with his drama.

Jesse Lingard in a Q and A session was asked which United player is a sore loser. Without mincing his words he mentioned Zlatan. He went on to talk about how he moans the entire day when United lose a game. It is expected though. The Swede is a winner. A serial winner. Losing must be painful to him. His latest 3 game ban for his elbow lash at Mings brings out the controversy in him. Mings appeared to have stamped on his head minutes earlier. He patiently waited for an opportunity to retaliate. The opportunity presented itself during a corner kick and he took it.

However we see it, the United team is short of a major man. His presence alone elicits confidence in players and fans. Opposing teams know he is a handful. Little wonder Jose Mourinho left him to play the entire duration of a game he was obviously playing the disappearance role of Mesut Ozil. He crowned the bad day with a penalty miss.

With Zlatan out against Chelsea, one hopes Jose will get it right. The most likely line up will probably be Marcus Rashford taking up the top man role and run through the middle. That should free up space on the left flank for Anthony Martial to play. With Mkhitaryan fit again and Mata available, one may be played on the right flank and the other placed to run from the back of the top striker. What he will do with a Wayne Rooney is yet unknown. Rooney is made for games such as the Chelsea game. I hope he gets a chance to play.

Zlatan is no doubt a master key in any bunch he finds himself in. He should however, know that millions of fans look up to him to deliver and quit being erratic.