Last week, Manchester United took on Celta Vigo away for the first leg of the Europa League semi-final. Today, the Red Devils bring the second leg back to Old Trafford with a 1 nil lead under their belt. With everything riding on this game to go through to the final, players will have to play smart and strong to keep their lead. How will they do this? Mirroring their first leg, here are some tactics United could use to their advantage and make it to Stockholm.

Firstly, Jose Mourinho needs to pick a sturdy starting XI, this should be evident, and seeing as he rested key players this past weekend against Arsenal, once again showing everything is relying on Europa. 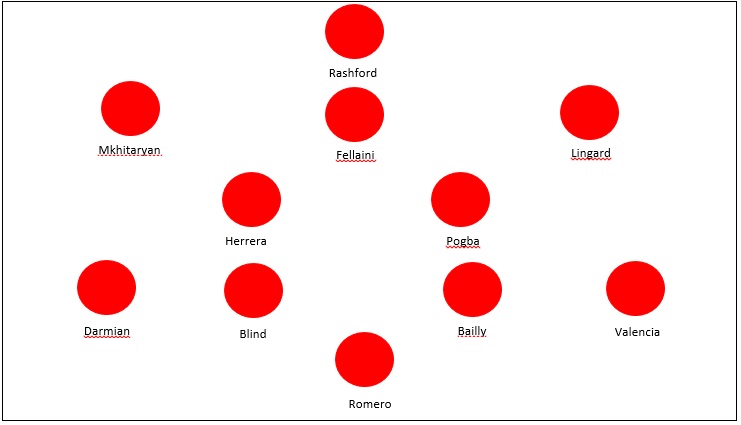 With this lineup, United could use certain players and tactics to their benefit to sustain their lead both offensively and defensively.

There is no doubt throughout this season, Manchester United have counted on Marcus Rashford to bail them out, especially with the missing time from the influential, Zlatan Ibrahimovic. Once again, the youngster’s vast speed and movement could be used to snag United another goal. Examples of this being;

Annoy and move the backline.

Marcus Rashford needs to make more forward runs, particularly, with the ball at his feet. With his agile frame, pressuring and moving around Celta’s back four will cause them to feel uncomfortable. This may result in them conceding a foul or slip up, allowing Rashford into the 18 yard box where he is extremely dangerous. Much like what lead to the freekick goal in the first leg, Rashford made the decision to take the ball on himself, resulting in defender, Hugo Mallo, to grant him a foul just outside the 18.

Has anyone ever mentioned how fast Marcus Rashford is?

Operating the way United have been all season, they must feed the ball from the middle or the flanks to get to Rashford. Celta’s defense is weak on the counter attack due to the fact they press so high. This was displayed in the first leg, not only with Rashford, but in the likes of Jesse Lingard and Henrikh Mkhitaryan. This would also come to a crucial benefit in the off chance Anthony Martial joins the game.

A trait Celta Vigo is highly known for, is their exceeding intensity and pressing. They are always looking to play vertical balls further up the pitch until landing in the oppositions final third. From there, they deliver short and quick passes to execute the finish. Manchester United could look to defeat their opponents by advancing towards their briefly unorganized strategy.

Perhaps with a quick switch to zonal marking, United could intercept a pass, catching Celta on the break. With this in mind, Man United could build up a swift counter attack to potentially add to the score line. Using speed to exploit the plans of the Spanish side playing high up the pitch has worked for many teams throughout their most recent time under Eduardo Berizzo.

A conflict of interest for both teams. In Celta Vigo’s point of view, they rely on possession to move up the pitch at a concentrated and forceful way. Using this as a point of attack. When they lose possession, they fall back on pressing high, forcing the opposition to make mistakes close to their own final third. Being only 12th in La Liga with a 52.8% possession, it shows how heavily they depend on maintaining the ball. In Manchester United’s case, they greatly use possession in a more defensive aspect. When trying to conserve a lead, the English side controls the ball and tempo of play in order to hold off the opposing side, also known as, parking the bus. With a 58.8% possession rating, the 4th most in the Premier League, United could use this to their advantage more than Celta.

By keeping the ball with a strong midfield, United can build the attack and take several touches before creating or going for a chance on goal, quite the opposite to Celta Vigo. Long balls will be key for Manchester, much like the first leg, they will need to stretch out the Spaniards, winning aerial duels, which is where Marouane Fellaini comes into play once again. Precise passes from the middle man, Paul Pogba, will be just the thing needed to exploit Celta’s possession plan.

With nothing to lose for Celta Vigo and everything on the line for Manchester United, the second leg of the Europa League semi-final is meant to be a good one. Celta strive to make club history, while United hope to finish their only chance of reaching the Champions League next season, seeing as top 4 in the Premier League is vastly out of reach. The Red Devils are so close they can almost taste Stockholm, but it will not be an easy run. There is so much at stake for both sides, this match is not one to miss.