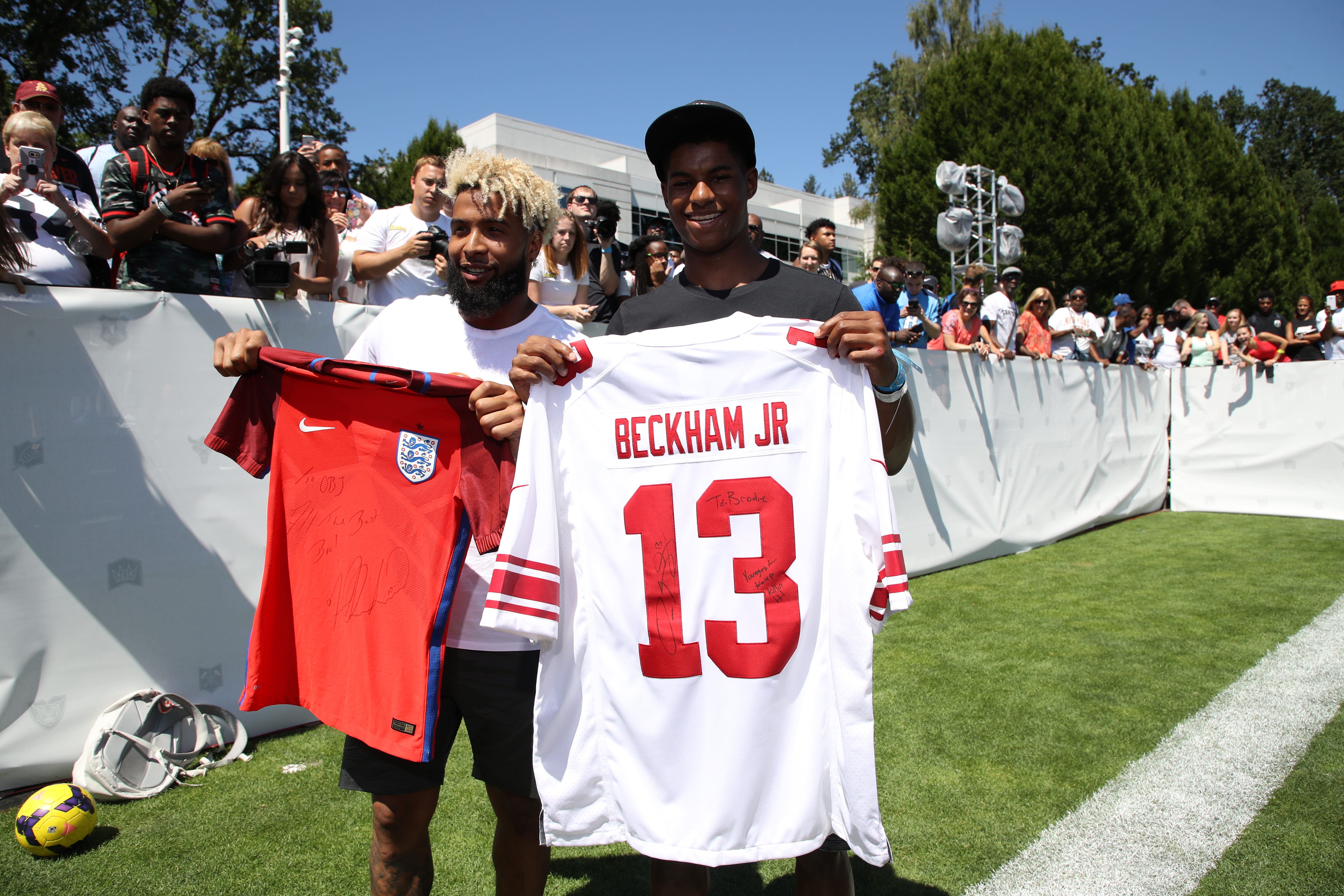 After his first full season of first team football, Manchester United star Marcus Rashford has continued to make steps forward in sport. Having won the League Cup and Europa League in a packed season Rashford is enjoying his summer across the Atlantic Ocean in the U.S rather than wearing himself out in international tournaments.

If you don’t know already Rashford is a Nike athlete and he was building bridges with them at their ‘The Opening’ event at Nike’s world headquarters. ‘The Opening’ is an event that invites 100 of the best High School American Football players to be trained and showcase their talents, similar to the Nike Academy for our version of football.

Rashford wasn’t the only notable sportsman at the event though as he was accompanied by a Beckham… not David, but he’s still a pretty big name in the sport, Odell Beckham Jr. The pair participated in a shirt swap to get proceedings underway.

After the niceties, Rashford then threw a ball around with the New York Giants wide receiver… not bad for an Englishman it looks like. While in the States getting himself ready for Manchester United’s pre-season our which will see them face LA Galaxy, Real Salt Lake, Manchester City, Real Madrid, Barcelona, Valerenga and Sampdoria the striker also ran into a legend of our game in Ronaldinho.

Nice to sit down and chat with the king @10Ronaldinho ??? pic.twitter.com/bTZOKuTVn5

Rashford will be hoping not only to get the most of these experiences before his pre-season begins but also those warm up games as they put him in a good position to get into that starting spot for United’s first Premier League of the season against West Ham.

But in the meantime, enjoy your time off Marcus you’ve definitely deserved it. And who knows maybe Odell Beckham Jr. may fancy himself to do the job in Manchester…