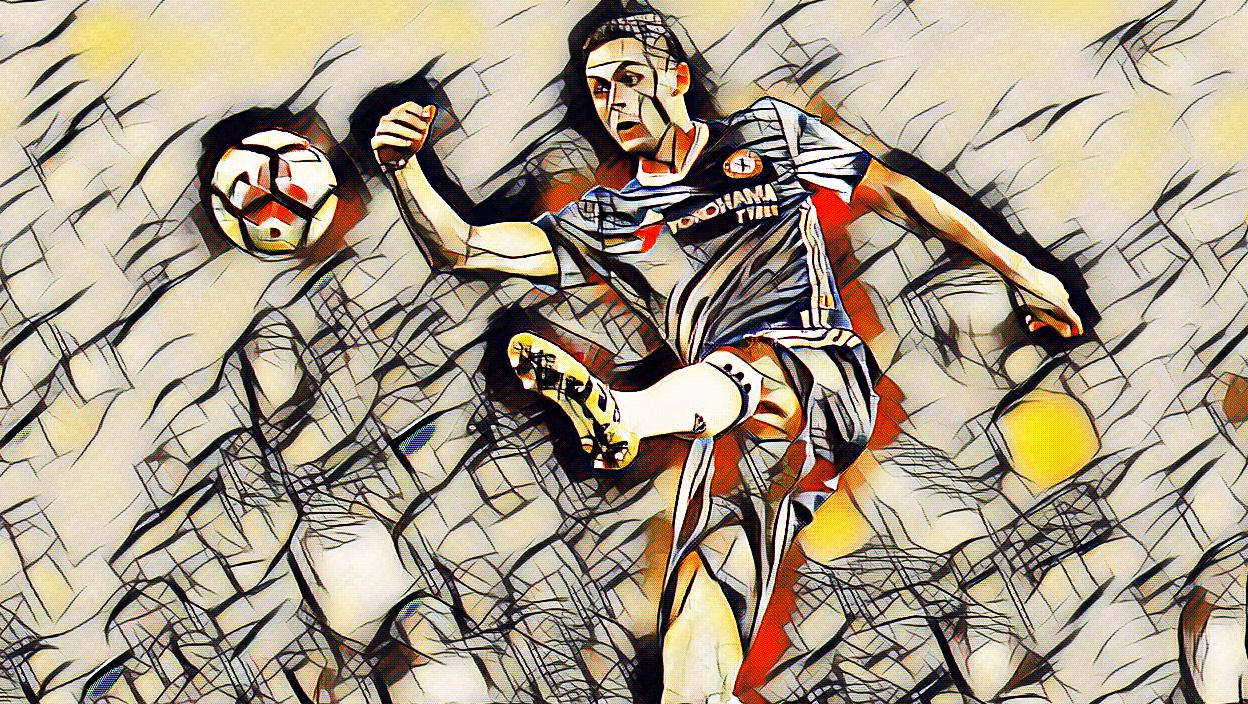 The defensive midfield slot has been an ongoing saga all summer, with a number of names being linked with the club, but finally Jose Mourinho has his man, with Nemanja Matic joining the club from rivals Chelsea. It is believed that he was first choice, but due to the Romelu Lukaku transfer from under Antonio Conte’s nose, causing un-needed tension and the time for Chelsea to find his replacement, resulted in the signing to be delayed until now. Mourinho has not hidden his frustration with the window, ideally wanting all in by the time the club left for their pre-season tour of America, but managed just two.

He now has to get Matic up to speed and condition in time for the Super Cup clash in a week’s time or more realistically five days later for the opening league fixture versus West Ham. Here I will have a look at exactly why Jose has focused on bringing Matic to the club and what he will bring to the team for the new campaign.

For the past 5 years, United have attempted to find the next Michael Carrick, someone who will provide the defensive cover that all big clubs desire, bring some control to the play and allow the more attacking and creative stars to go out and do what they do best. Louis Van Gaal looked at Bastian Schweinsteiger and Morgan Schniederlin as his best options but both left the club after not falling into Mourinho’s plans when he inevitably replaced the Dutchman last season. Instead, Carrick was utilised sporadically due to his age, then a mixture of Marouane Fellaini, Ander Herrera and Paul Pogba, sometimes all three, were Mourinho’s central midfield options. Towards the end of the season, Herrera was seen as the main man in the deeper position with his energy, tenacity and ball playing ability allowing him to show he could do the job. His performance against Chelsea at home showed he could also play with discipline adding even further to his ever growing importance to the team. However, it was the man who was brought into Old Trafford last summer that maybe caused the biggest conundrum to Mourinho and why Herrera probably is not the long term answer.

Paul Pogba came back to Manchester with a huge price tag and reputation, there was no doubting his ability last season, at times showing glimpses of what he can bring to the team, but too often failing to justify why he was so highly praised by Mourinho for the whole of last season. I believe Mourinho thought he could change the way Pogba played by slightly adapting the role he performed so highly in his time at Juventus. In that side he played a little more attacking, often in a 3-5-2 where he had less emphasis on defending, but Mourinho attempted to bring an all rounded feel to his game, asking him to track back more, get around the pitch and dictate the play. Towards the end of the season I feel he was starting to bring that side to the team but still not quite to the standard that was expected. Mourinho would have been trying to find the solution to the Pogba problem for all of last season, looking for the answer to how he get his star player in the positions he needs, more often. How does Pogba start to influence the biggest games at the highest level, how can he prove all those doubters wrong like he has so often in the past? The answer was actually not Pogba’s ability or mindset but the make-up of the team.

I am a huge Herrera fan, I thought he was brilliant at times last season in the deeper role, but I also couldn’t help but feel that United were not getting everything out of him they wanted. For all his great defensive play, he did not quite give the anchoring that a ready made defensive player would give. Michael Carrick played beautifully in there at times and it was no coincidence that some of Pogba’s better performances came when Carrick was in the side. Mourinho knew this and this summer was the time to bring in a player that could be more consistent and reliable in the Carrick role. Don’t get me wrong, Carrick still has a big part to play, he wouldn’t have been made captain for fun, but Matic will bring everything that Mourinho is looking for in order to release Pogba further up the pitch where he can influence the game in the right areas. I think we will see Mourinho using Matic as the deepest holding player, allowing Pogba and Herrera to play in front of him. With Herrera’s energy he will naturally bring extra protection alongside Matic but now also be able to get further forward, have a licence to get in the box and link play more towards the opposition box. This will free up the less defensive minded Pogba, to go an do what he does best and what he has shown much more consistently in pre-season. He was brilliant against City and Barcelona and already looks in great form ahead of the season. Matic’s arrival will only enhance this further and I strongly believe we will finally see why United spent so much on the Frenchman. I expect more assists and more importantly more goals.

Is there a better or cheaper alternative?

Of course, there are many players Mourinho could have opted for ahead of Matic especially for less money. I will touch on the price tag briefly here, is it too much money for him? Probably. Is it too much based on the rest of the transfer window? Probably not. Just look at City spending over £50 million on two full backs. You have to understand, every club knows United need a defensive midfield player, everyone knows United have money to spend and Chelsea knew how much Mourinho wanted the player, so you have to expect a big price tag. Just like Lukaku is not worth £75 million, Everton knew both United and Chelsea needed a striker so that immediately bumps the price up. It is just the way the football world works in the current climate, if you want a player, you have to expect to pay for them. No club will willingly pay more money than they have to, which is probably the reason for many transfer hold ups this season. The selling club will react to how the market is playing and buying clubs have to weigh up the importance of the player to bringing success to the club compared to the price tag.

I understand where supporters are coming from when they say Matic is 28 soon to be 29, why not buy someone younger and cheaper?  Of course, this is an option for not only United but for every club, up and down the country and across Europe. But, what is never said is who they suggest as a better alternative. Other names linked with United this summer in the Matic position have been Eric Dier, yes younger but more expensive and would not bring the same experience and ability that Matic brings, plus dealing with Daniel Levy is almost impossible. Fabinho, again younger, probably about the same price but Monaco unwilling to sell following the mass exodus of players out of the club this summer. Renato Sanches was another, but someone who didn’t play for Bayern Munich for all of last season so I don’t see the value in obtaining his services. Other rumoured names included Julian Wiegl at Borussia Dortmund, William Carvalho from Sporting Lisbon (will this guy ever leave?) and even a possible hijack of the Tiemoue Bakayoko move to Chelsea.

I don’t doubt that all of the players are talented, young and have potential to bring similar qualities to United to that of Matic. But the key word here is potential!! Dier apart, all other names are from a foreign league, therefore the risk of success is immediately heightened. With Lukaku, United are getting a proven premier league goalscorer whereas Morata may not suit the league or settle straight way. Matic brings the same attributes, a proven, double premier league winning central midfielder, in his prime is pretty decent business in my book. Of course there are no guarantees with any signing, just look at Fernando Torres’ move from Liverpool to Chelsea for a clear example of that.

Mourinho knows this league better than most, he knows exactly the type of player he needs to turn the club back into a winning machine, he knew who he wanted and Matic ticks most if not all of the boxes on his list. Tall, good across the ground, decent passer of the ball and knows how to win games and titles. I think he will slot into the midfield with ease, bring the best out of Pogba and how the team operate as a whole. He will bring extra defensive prowess from set plays and if nothing else adds further depth to a squad that at times last season looked depleted. The only real surprise is that Mourinho has gone for one of the players touted as one who played a big role in him getting the sack at Chelsea two seasons ago. Even Matic would hold his hands up and admit he was not at the same heights as the previous, title winning season, but then, who was. He played a huge role in taking Chelsea back to the top last season, proving he is not a one season wonder. Away from his defensive attributes, Matic will bring some extra attacking threat at set pieces and has been known to score some brilliant goals from long range during his time in England. One surprising stat to me that may change some people’s perception of the big Serbian, is that he also assisted seven times last season, one more than Ander Herrera managed, showing he has the passing ability to build attacks for United also. As I have always stated, Mourinho loves options, he loves to be able to tinker enough in certain games when he thinks he needs to. With Matic on board, he now has plenty of options in midfield, he can partner him with Carrick for an ultra defensive option, he could drop Matic if he feels he wants a more attacking line up or as I mentioned in my write up on Victor Lindelof, he now has better options if he wants to switch to three at the back. Matic, won the title in that formation so Jose knows he can easily switch to this,  but he also provides an option to deploy Pogba in a similar role to his successful stint at Juventus.

If this is United’s last bit of business then, for me it could be the best of the lot. Lukaku will deliver goals, but Matic will deliver the platform to create those goals. Much was made of the lack of goals scored last season, Lukaku will probably fill the void left by Zlatan and as I have previously written, bring some added extras that Zlatan couldn’t. But, it is Matic that could mean the goals start coming from all different avenues, which is where United need to improve. Mourinho constantly made light of other players needing to step up and produce goals on a consistent basis and having the correct platform in which to attack from is crucial to this.  Matic will provide that platform. His defensive nous will break up play, his passing ability will start attacks from deep, his positional know how will allow United’s flair players to go out and open up more than they could last season.

Huge football fan with his own views on everything related to it.