There we have it, folks!

The third -and possibly last- recruitment of the summer for Manchester United as they announce the signing of Serbian midfielder, Nemanja Matić from London side, Chelsea FC.

What seemed to be the longest rumour of the summer in the eyes of United fans across the globe, it became no shock that José Mourinho chose the techniques of a player he knows and believes in greater than most outside of his current squad.

With José Mourinho’s plans very much in motion, it is quite clear the path he is paving for Manchester United’s current philosophy. It appears to be shown that even Jose himself is adapting and building around what he spent a record breaking transfer fee last season, Paul Pogba.

Not only is he changing his style to better his ways during his first spell at Chelsea, it seems evident that he wants to play beautiful football revolving around a player who is deemed out to be one of the best midfielders in the world.

The good thing is there are so many wonderful options in adding a signing like Matić. What he brings to the pitch is something Manchester United have been lacking in most recent times. And aside from Paul Pogba, could be one of the most important signings of the last few years.

So what does Nemanja Matić have to offer?

First things first, Nemanja Matić has the familiarity of the Premier League, not only in itself but specifically under Mourinho.

Having been at the top of English football for a lengthy time of his career, Matić knows exactly what to expect and shouldn’t have any problems adjusting. Unlike United’s first signing, Victor Lindelof, a young Swede from the Portuguese league, but similar to the signing of Romelu Lukaku, who has some knowledge of not only the Premier League but time under Mourinho as well.

From what he is most known for, Matić was one of Mourinho’s main men in the winning 2014/15 season. Having just arrived at the English club for the second time, the Serbian became an instant component to the way Mourinho wanted to play throughout the season.

Accompanied by Cesc Fàbregas in the middle, Matić came to be known as a necessity for Chelsea. Helping not only himself have an amazing first season back the second time around, but allowing his teammate such as Eden Hazard, to have an impressive campaign as well.

Which transitions very well into the next point…

These next few paragraphs will try to emphasize how important the pairing of Pogba and Matić could be used within the season approaching and several more to come.

For starters, there are multiple formations in which Mourinho could go about things and what makes the most sense in order to amplify the talents of all that he has in the middle. 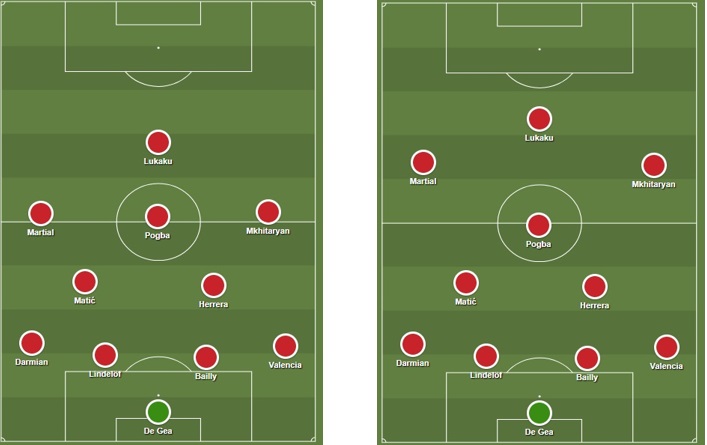 From here, we can go on to see how exactly things are likely to pan out throughout the season, with an array of possible lineups and formations that are most suitable to the strengths of Manchester United.

Whether it will be in a holding sense or build up sense, Matić will need to take the focus off of Pogba and create a tempo in the middle in order to let the abilities of the Frenchman to shine, much like what he did with Hazard at Chelsea.

What Pogba needs is a bearer of weight defensively, in the sense to allow him to be more creative and free flowing in the middle to the final third of the pitch. In doing so, the movement in the central part of United’s squad will work better together as one.

Last season, with the pairing of Pogba and Herrera, as impressive and operational as it was, lacked a more defensive aspect of being caught on a break or counter attack from the opposing side. Although demonstrated to have improved, Ander Herrera would better suite to have Matić in the holding role as opposed to himself. Having Matić lying deeper on the pitch would allow the likes of Pogba and even Herrera to move forward, leaving the administering role to the Serbian. 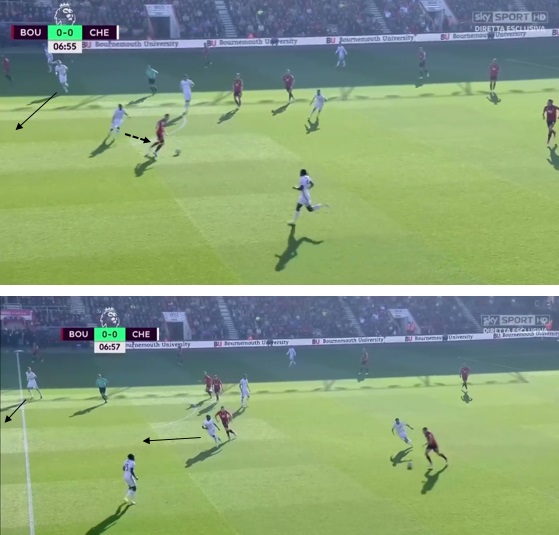 Much like what Matić was able to do throughout the latest season with N’Golo Kanté, allowing him to be the more direct central midfielder. What Matić would do in these cases was drop back and cover any open area of play. In doing so, this creates a well-formed balance between the two holding midfielders because much like Kanté, Ander Herrera would be that aggressive threat. 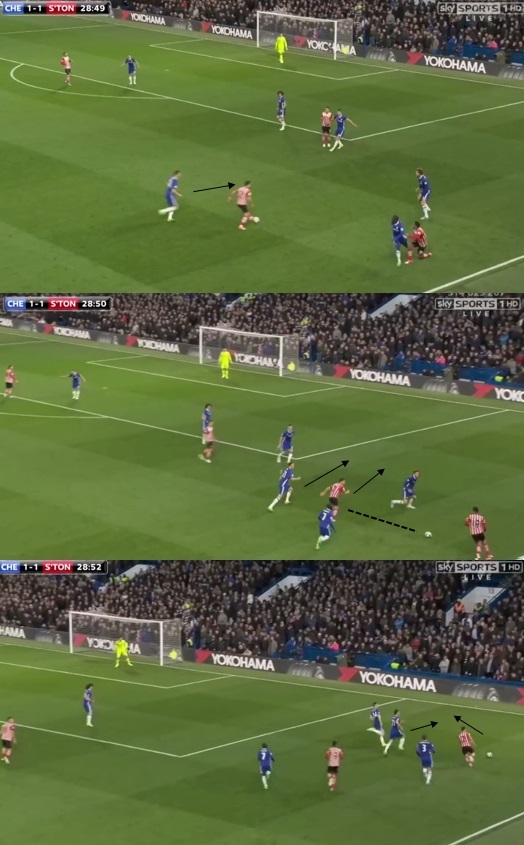 Here we see how Matić can fall back and cover the depths of the back four when needed. As Matić narrows in on the man with the ball, the opposition feels pressure to release it to his teammate on the flanks. Looking for a give-and-go pass, the player continues his run with Matić not far behind. Seeing that his man is covered, the player with possession keeps the ball, running himself into the corner covered by not only Matić but two more defenders forcing him to make a sloppy cross.

This is a perfect example of what Matić is capable of as a holding midfielder and what he could do in similar situations for Manchester United next season. An important gap has been filled during this offseason and Red Devil football should almost be a guaranteed excitement for the upcoming campaign.

As the pre-season doors have just closed with the addition of midfielder, Nemanja Matić, things seem to be in full flex and hopes high for José Mourinho’s side. With such a brilliant signing being made, it is clear as to what Matić brings along with what his assets will be used for. Whether it is holding the middle, protecting the back four or helping advance the use of one of the world’s best midfielders in Paul Pogba, Nemanja Matić could be seen as the perfect weapon in Mourinho’s missionary in order to pursue a Champions League run and a title contending season. As it is much known, José Mourinho’s first seasons can be impressive but it is the next year that should be feared.