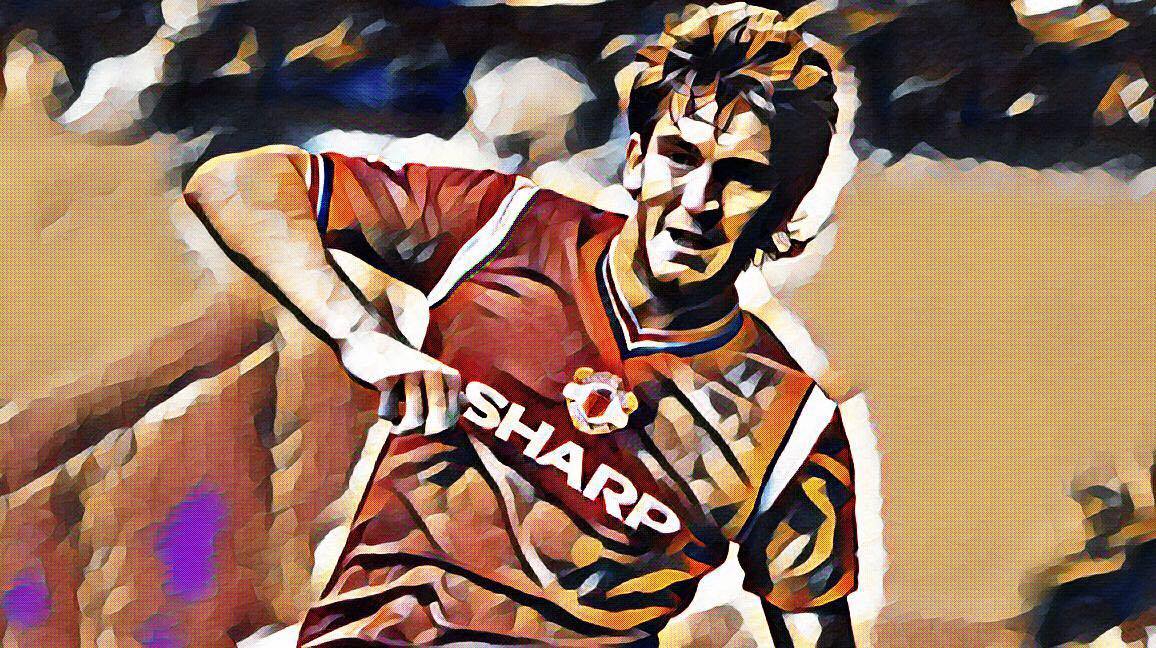 Manchester United have been involved in some exciting title races during the Premier League era. Some turning out for the best, others, not so good. Catching Newcastle in 1996 after being twelve points behind, being a high point but just two years later, United would blow a ten point lead to eventual winners, Arsenal. This time the outcome would be not so great. Again in 2012, and with only a handful of games to go, United would squander a five point lead, this time to noisy neighbours, Manchester City. But the biggest title collapse would take place over 30 years ago.

The year 1985 would be a real cracker for Manchester United. Ron Atkinson was in charge as the team managed to win the FA Cup over an Everton side who were chasing a domestic double. Kevin Moran, United’s Irish centre back, would be dismissed in the final, becoming the first player to do so. As the game moved into extra time, United had battled through, tired legs on the big Wembley pitch. Mark Hughes, spraying a pass out to the right wing with the outside of his boot, finds Norman Whiteside, unmarked and with plenty of Wembley grass to run into. Whiteside darts down the line towards the corner of the eighteen yard box before cutting inside, a step over throws the oncoming defender off balance and Whiteside sends a curling left footed effort into the far corner, past the despairing Neville Southall. United held on to win the trophy, 1-0.

With United riding the crest of a wave, they went into the 1985/86 season with a renewed vigour. It was nearing 20 years since United’s last title achievement. The start of the season would go like no one could of predicted. Ten wins on the spin and fifteen games undefeated, before a 0-2 defeat away at Sheffield Wednesday, stopped the amazing run. Little did the United team, and Big Ron, know that even with a barnstorming start to the season, it would still be another year of disappointment. The highs of 1985 were soon to be replaced by the lows of 1986. By February, players losing form and an injury to skipper, Bryan Robson, saw United replaced at the top of the league for the first time since the opening day thrashing of Aston Villa. Mark Hughes, who had scored thirteen league goals by christmas, only managed five more following the turn of the year.

United would go on to finish in fourth place, with rivals Liverpool, taking their sixteenth top flight title. Despite the perfect ten start, rumours from around Old Trafford were that Big Ron’s time was nearly up. A poor start to the following campaign saw the end of the enigmatic manager. November 1986 saw a manager from Scotland come through the doors at Old Trafford. I wonder how he got on?

I managed to grab Wembley hero, Norman Whiteside, and this is what he said about the year 1985 at Manchester United.

MU: After scoring the winning goal in the 1985 FA Cup final, how much of a high were you on coming into the new season?

NW: It obviously gives you a lot of confidence, but you still know there is a lot of hard work ahead to win the league, which we never fulfilled.

MU: You scored on the opening day of the season in a 4-0 home win over Aston Villa. Did you think that the team would then go on a blistering run?

NW: Yes, the boys were in great form and you could sense a real buzz around the place.

MU: Ten wins on the bounce until the 1-1 draw away at Luton, the first week in October. Did you then think you could get back to winning ways and go on another run?

NW: It was the best football I was ever involved in and a shame that the run came to an end. Of course you always think you can recreate another run but it didn’t work out that way.

MU: The first defeat would come a month later, away at Sheffield Wednesday, followed by a four game winless run. Was there any panic in the camp?

NW: There was no panic at all, but drawing games was like a defeat, not a win. You have to win at all costs for me.

MU: Mark Hughes had scored plenty of goals by christmas, only for them to dry up after the new year. Do you think that he had his head turned by the interest from Barcelona?

NW: Without a doubt. Sparky and I went out for a christmas drink one day and he told me he was going to Barcelona at the end of the season. He is the only person that knows whether it affected him or not, or it could of been a coincidence which didn’t help the team.

MU: The wheels famously came off in February. United dropped to second in that month for the first time since the opening day, and ended up in fourth place. What do you think were the main reasons for the hiccup? Was that the best chance you had to win the title?

NW: At that time too many players were under achieving at the same time and didn’t take full responsibility. It was by far our best chance to clinch the title. It wasn’t to be.

Broke Pele’s record of the youngest player to appear in a World Cup Finals. 17 years old and 41 days. Playing for Northern Ireland in Spain in 1982.