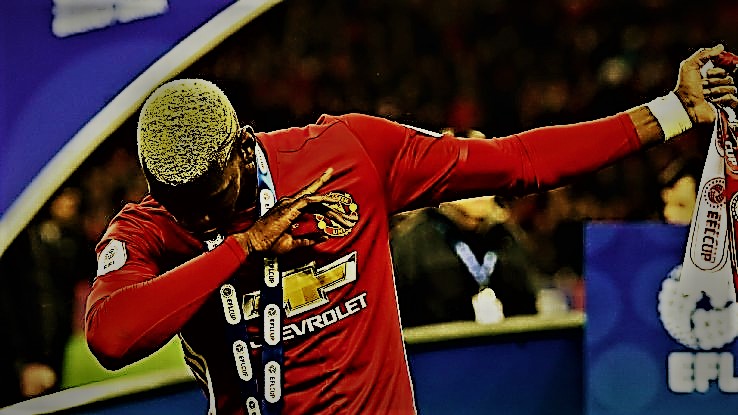 It’s a year to the day since Paul Pogba was paraded as a Manchester United player again in a, then, record reported £89million transfer. Much has been discussed and debated regarding his on-pitch performances since, but that’s not what the focus of this piece will be on. As ever, I prefer to look at off-pitch matters. The re-capture of the club’s previous young prodigy rewrote the rules of sports marketing, and we’ve been seeing the after-effects of it ever since.

Those after-effects have certainly been evident this summer with the huge increase in ‘banter’, or shall we say, creative, transfer announcements on social media. This can be directly traced back to United’s announcing of Pogba a year ago. The club rolled out the metaphorical red carpet for him, unlike the physical one they did for Lukaku this summer. United’s competitors, and I don’t mean just their domestic Premier League rivals, have gone all in on trying to one-up that announcement. Social media buzz seems to be everything to football clubs these days. Pogba’s arrival didn’t just cause that, it was the type of transfer to make front page news as well as the back. Clubs across Europe have been playing catch up to compete with it. We saw just last week how far PSG were willing to go to do that, in their Galactico-style move to break Pogba’s world record transfer fee for Neymar.

Even the timing of the announcement of Pogba’s arrival was significant and has influenced our competitors. The middle of the night announcement might not have been ideal for United’s core fan base in Manchester or across the UK, and there was some backlash online at the time, but it was key to hitting their target markets abroad. United’s American fans would have seen the news as they settled into their evenings, while Asian fans would just be starting their morning commutes. I believe PSG have done something similar with Neymar. Obviously, news outlets were climbing over one another to get the official news, but the official announcement Tweet from PSG’s account was sent late evening time in Paris, hitting late afternoon/early evening in Brazil. These things matter, they make a difference.

If you follow Pogba on any social media platform, you’ll know he’s bold, he’s brash and he’s not afraid to show off both of those traits. You’ll also know that he visited China over the summer in what might have of course just been a casual holiday, but very much comes across as a mission to build both Adidas’ brand and the personal PogBrand in that oh-so-lucrative country. With him always leading from the front on any United marketing activity, trips like this can only be a good thing for the club too.

He certainly acts as though he’s one of the world’s top players on social media, but looking at research from Result Sports, at the time of writing, he isn’t even in the top 20 players in Europe for their overall digital presence. It has increased significantly over the last year, however, his current total community of just over 27 million across Facebook, Twitter and Instagram languishes behind ex-United players, Wayne Rooney (51 million), Zlatan (57 million), Cristiano Ronaldo (top with 286 million) and the aforementioned new PSG Galatico, Neymar (170 million). He might be Adidas’ and United’s current main man, but he’s got a long way to go to really cement that status in on social media.

We can see from those figures above that player brands are huge, bigger than some clubs in certain cases. Pogba’s image and lifestyle appeals to a young audience. Stalwart United fans might not like it when he ‘Dabs’, but it’s not aimed at them. Anything that strengthens the PogBrand, in turn, strengthens both United and Adidas.

I don’t think it’s unfair to say that Pogba has been at the forefront of all of United’s major marketing activities over the last year. A new kit is launched? Pogba’s modeling it at the front. Lucrative pre-season tour of the US? Pogba is greeting fans, posing with famous fans and promoting matches. United change their Facebook header image? Pogba is front and centre.

Of course, we all know by now that the adage of ‘players making their fees back in shirt sales’ isn’t quite true, but that doesn’t mean there aren’t benefits of pushing a certain player to the forefront of all of the club’s marketing and sponsorship activations. The way he arrived, with Stormzy rapping over Pogba showing us his now trademark dance moves, wearing not just a United kit but other Adidas clothing too, was like a movie promo for the millennial age. It propelled United to the forefront of being relevant again in fans minds.

Not much remains from the Fergie era. Nicky Butt aside, the class of ’92 don’t have much pull at the club anymore. On-pitch performances waned under Moyes and van Gaal. Despite consistently strong financial results and remaining near the top of the world’s most valuable football clubs, if things continued the way they were, United could have found themselves falling further behind Barcelona and Real Madrid. Pogba arriving seemed to click everything back into place. With Mourinho at the helm, Pogba conducting things off and on the pitch, and the club in the Champions League again this season, I firmly believe the club’s position as a commercial juggernaut will continue.