With the new Premier League season just days away, teams look to put their preseason work into competitive terms. With new signings fitting in and adjusting to life in new systems, methods and tactics, while others look to maintain a consistency of winning games and lifting trophies.

Lots of business has occurred this summer transfer window for several teams in the Premier League. With Manchester City finally addressing the ever so infamous fullback issue, Everton spending loads of money in one position, and Tottenham Hotspur who have not made a buy at all; this transfer window may definitely represent the outcomes of the 2017/18 Premier League campaign.

For Manchester United, this summer and preseason have shown much potential for what is to come this year. With additions of; Victor Lindelöf from SL Benfica, Romelu Lukaku from Everton, and most recently, Nemanja Matić from Chelsea- José Mourinho seemed to fill in the missing pieces to the squad.

Taking a look at these new signings and putting them into perspective after seeing the action of pre-season, it is easy to see the route Mourinho wants to go this season. His aim is to win and not just win but win the Premier League title. This will be Mourinho’s famous second season coming into play and the pressure will be on.

So with just about everything in place, why not take a look at how Manchester United could go about making this the 21st league title winning season.

Throughout last season, Manchester United discovered a few formations that suited them best to their strengths under José Mourinho. Consistently switching between a 4-3-3 and a 4-2-3-1, Mourinho figured out how to use every player to their best abilities and portrayed them by using said formations.

This time around, United under Mourinho may need to look at things in a different light, now taking advantage of what the new signings have to offer within themselves and to the rest of the players on the pitch. 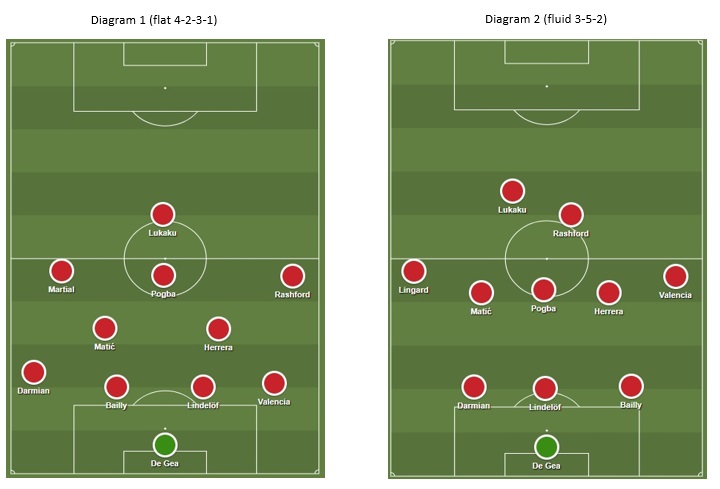 With these diagrams and using Manchester United’s current squad, we can refer to them throughout this report. Finding the best ways United could use their advantages in both offensive and defensive situations. While reading you will happen to look back as sometimes both attacking and defending situations coincide much quicker at times.

It is clear that this season, Manchester United look to better themselves in all aspects of the game and cemented the gaps of the last campaign.

In terms of attacking, this season should be no lack of scoring goals. With the addition of Romelu Lukaku, who has been a contender for the Golden Boot multiple seasons in a row and a major threat in the final third, there should be every bit of confidence that he will prove himself again.

Besides depending on forwards for scoring, United has an immense amount of talent in the midfield to use to their utmost potential. With a strong core of Pogba-Matić-Herrera being used to their fullest abilities, these 3 players could be the key to the foundation of Manchester United’s attack.

In Diagram 1, much like what was used in parts of last season, the 4-2-3-1 formation seemed to allow the midfield’s main focus to rely on Paul Pogba. Unlike last year, where Pogba was often looked upon to trail back and defend, this time the Frenchman could be used as a free roaming 6 allowing him to create more tempo and control.

With the help of Nemanja Matić in the central defensive role and the partnership of Ander Herrera, this permits Pogba to release his defensive expectations and act as more of a playmaker/creator.

For Diagram 2, what seemed to be an experiment in preseason for José Mourinho’s side might actually be the right tool to use to the strengths of the squad.

Using this for a more all-out attacking tactic, where the 3 main men in the middle help establish control and rhythm while having an extra threat up top, in Marcus Rashford, to add space and great on/off the ball movement in the opponents final third.

The defense was not a major issue in the previous season seeing as Manchester United finished as one of the best defensive teams. But with questionable performances and injuries that had United rotating the back 4 and arguably losing chemistry, it was clear that an addition needed to be made.

With a fantastic addition of Victor Lindelöf to best partner, Eric Bailly, United’s defense already has made a big improvement as they complement each other so well.

Diagram 1 would demonstrate a classic way of defending where the likes of the central defensive midfielders would fall back to cover or link up with the back line. 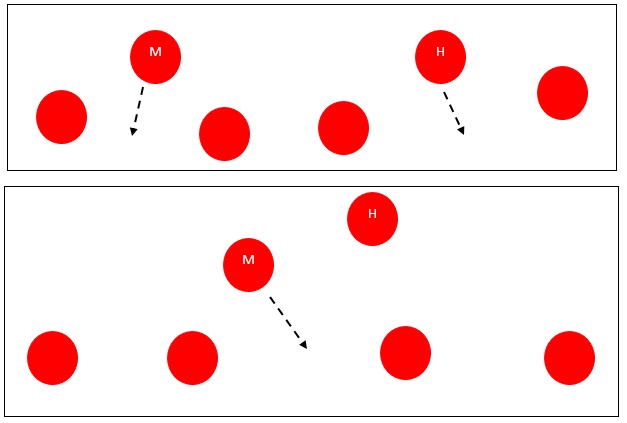 Here, it would be Matić and Herrera falling back to help the defense in a more defensive situation. In the likes of a quick counter attack that would be put to a halt in United’s final third, both defensive midfielders would be there to add to the back line or rotate in turn of covering the centre-backs depth.

Diagram 2 allows a very different shape and type of play than Manchester United might be used to, but that doesn’t mean it can’t work when used the right way.

In a defensive sense, the 3-5-2 relies heavily on the wing-backs acting as midfielders to drop down the flanks on every countering build-up the opposition may create. 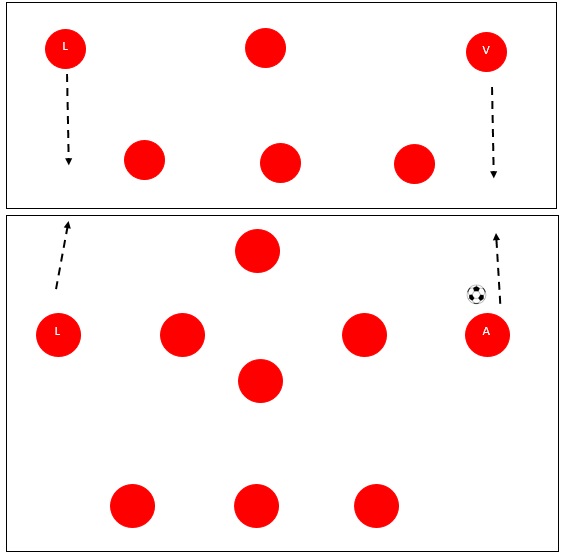 It is no doubt that Antonio Valencia would be used on the right flank to help create chances from the outside as he loves to do so much. On the left, Jesse Lingard might be a dependable choice.

On the attack, he may not create too much but what people seem to forget when thinking of Lingard, is his amazing off the ball movement and amazing work rate. In many of United’s formations used last season, Jesse Lingard was seen being used as the fulcrum and hidden gem that no one paid much attention to.

In a defensive sense, Lingard could be used as a great wing back who works hard off the ball to fall back on the opponents counter attacks. With the help of the players surrounding him and the great defensive mind of Mourinho, the young Englishman could be a silent weapon once again this season.

This season, José Mourinho looks to take his Manchester United team to the top of the Premier League and it is very clear what his plans may be with the squad he has chosen throughout the summer. With some great new signings, adding, even more, strength to what looked like a good team last season, the hopes are high for players and fans alike. Using firepower and pace in the front, control, and creativity in the middle, and physicality in the back Manchester United have just what they need to become the club they once were; winning titles and raising trophies.