Jose Mourinho welcomed Paul Pogba back to the side after two months out, and Zlatan Ibrahimovic to the bench. This meant that Ander Herrera dropped out, while in a surprising move, Henrikh Mkhitaryan was absent from the squad entirely. Juan Mata started as the #10, with Anthony Martial and Marcus Rashford starting together for the first time this season, behind Romelu Lukaku. At the back, Eric Bailly and Phil Jones’ injuries meant that Victor Lindelof made only his second league start for United.

Rafa Benitez, somewhat surprisingly, started with both Dwight Gayle and Joselu upfront. Jacob Murphy started only his second game in the league, while Mikel Merino’s back injury allowed Isaac Hayden started alongside Jonjo Shelvey. Ciaran Clark also came into the side in Jamaal Lascelles’ injury-enforced absence.

Paul Pogba’s injury had robbed United of much of their creativity, with Mourinho resorting to reactive, safety-first football in his absence, especially in the big games. It is tempting to wonder if United would have played differently in those games if the Frenchman had been available; nevertheless, he drove United forward here, assisting Anthony Martial’s equaliser with a brilliant run and cross, and then scoring a tap-in after a run into the box. Pogba’s positioning in general, and the ground he made up for his goal, can be seen from the images below – 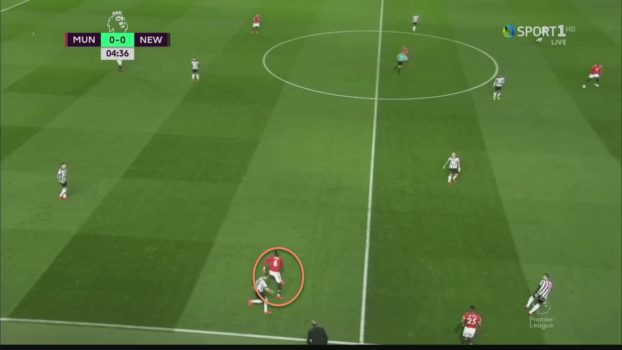 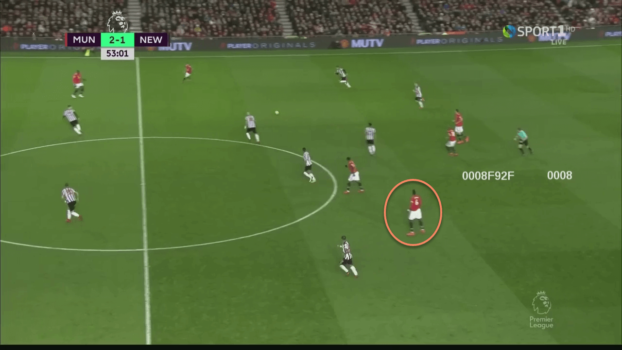 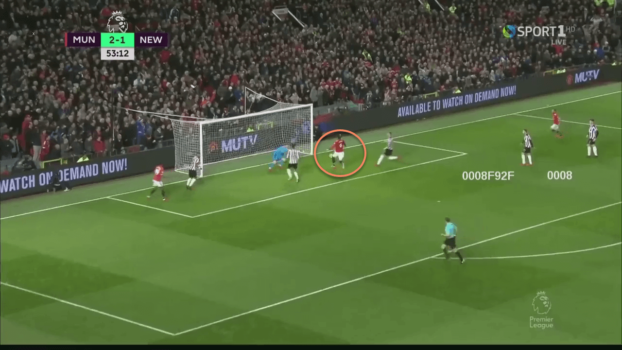 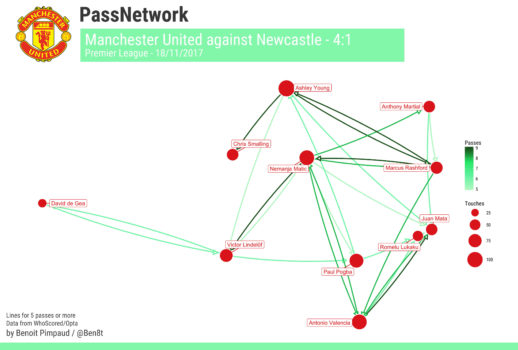 Notice Pogba’s positioning; wide-ish on the right, with Matic deeper and covering on the left. He played a couple of glorious cross-field passes, with the outside of his boot no less, out to Ashley Young on the left from this position, and his return bodes well for United.

Jose Mourinho seemed to have taken fans wishes into account; starting Anthony Martial and Marcus together for the first time. As an added bonus, Juan Mata started as the #10, and on this evidence, this could be a viable template for United going forward. Mata was his usual busy, probing self, finding pockets of space behind Newcastle’s central midfielders and in front of their centrebacks, while Marcus Rashford drifted about, at times playing upfront with Lukaku, at other times staying wide right. This also allowed Valencia room to motor forward, and he was often found in advanced positions, especially by Matic, as is evident from the map above. He created a glorious opportunity for Lukaku from such a position, shown below: 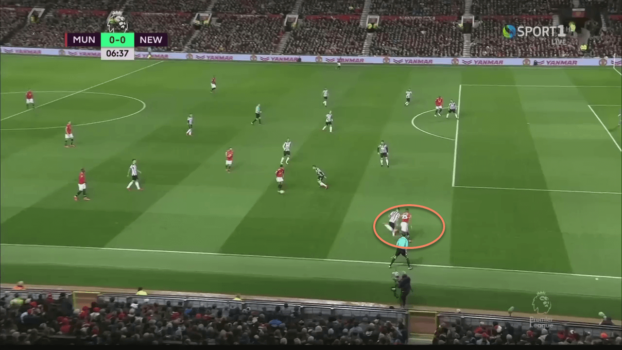 Newcastle’s selection of two strikers away to United was atypical of a Benitez side. United have had a fearsome home record, conceding their first goal at home from open play this calendar year, and only their third in all competitions. While the intent was laudable, it played into United’s hands, as Pogba and Matic found it too easy to play around Hayden and Shelvey, especially with Mata dropping in as well. The upside of this however, was visible for Newcastle’s shock opener: 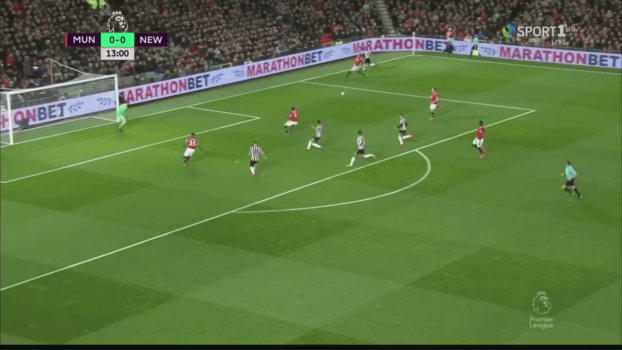 At the moment DeAndre Yedlin’s cross comes in, there are four Newcastle players in the United penalty area. The Magpies, however, did not manage to create such an opportunity again, and Benitez must rethink his approach if he is to keep Newcastle up

Trust Zlatan Ibrahimovic to do something of interest in his first appearance after a cruciate ligament injury. While most of Old Trafford gasped in amazement when the Swede superstar nearly scored with a scissor kick, minutes after coming on, the tactical ramifications of his return were of greater interest. Wearing #10 on his back, after Lukaku took the #9 jersey, Ibrahimovic dropped extremely deep in this cameo appearance, often coming short into his own half to receive the ball, before playing a pass out to the flanks. 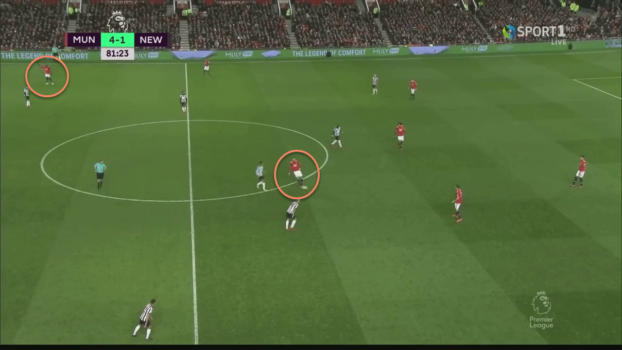 What was even more interesting was that Lukaku went out to the right when the Swede came on. The Belgian did well when peeling out into the right-hand channel; setting up Pogba’s goal with a cross to Rashford after a counter-attack, while his goal also came when he came inside from the right and played a one-two with Mata. One of his most destructive performances came in his first season at Everton, when Roberto Martinez played him on the right against Arsenal, from where he destroyed Nacho Monreal, scoring one and assisting another in a 3-0 Everton win. While Lukaku will primarily start as the centre-forward, Ibra’s return and the Swede’s propensity to drop deeper means that this is an interesting tactical tweak Mourinho could deploy in specific matches.