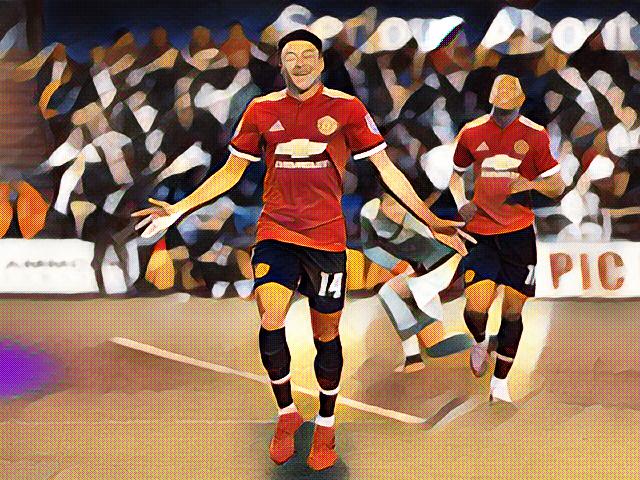 April 2017. Manchester United announce that Jesse Lingard has signed a new four-year contract. Various news agencies report that the deal trebles Lingard’s wages to £100,000. The internet has a collective meltdown.

January 2018. Manchester United are being held to a goalless draw, at home, in the third round of the FA Cup by Derby County. The clock shows 83 minutes when Jesse Lingard gets the ball from Romelu Lukaku and lets fly with a stupendous effort from about 25 yards out. The ball nestles in the top corner, Jesse Lingard scores in front of the Stretford End, and the internet has a collective meltdown.

These two instances serve to illustrate the fickle-mindedness of a football fan. Back in April, there were a significant number of football fans in general, and United fans in particular, who poured scorn on the club’s decision to give Lingard a new contract, and pay him 100k a week. The general opinion was that while Lingard was a useful footballer, the money being spent on his wages could be better used in trying to capture an elite, A-level player in the summer. About ten days or so ago, those same fans were singing his praises, after he scored his eighth goal in ten games to rescue United from a potentially damaging third-round replay. While such extremes of opinion are perhaps the norm in football today, it is worth remembering that the truth, as always, lies somewhere in the middle. Lingard may not be the elite, A-level attacker the club’s fanbase have craved, but neither is he as bad as often made out to be; certainly not on this season’s evidence.

As anybody who has played team sports at a decent level will tell you, every successful team needs a couple of “water-carriers”: players who will do the dirty work, but guarantee a certain level of performance and commitment, and can be relied upon. Indeed, United fans would do well to remember that some of the club’s best teams had quite a few players of this nature: the likes of John O’Shea, Park Ji-Sung, Darren Fletcher and Wes Brown spring to mind. Lingard is simply carrying on in that great tradition; while his current run of sparkling form will almost certainly be cut short at some point this season, the Warrington-born lad will continue to run, harry, press and make a general nuisance of himself. Lingard’s value does not lie in his ability to score 20 goals a season or bear the burden of creating chances for his colleagues; there are other, more celebrated names in the side to do those jobs. It is Lingard’s lot, however, to be the first line of defence for United; to start the United press from the front, and also to provide an option on the ball for his teammates. Lingard is of course not exempt from criticism; barring this current run of form, he has struggled to do well consistently in his United career. But it also needs to be remembered that this is still a young-ish player, in only his fourth season as a United first-team player. Lingard is also an extremely popular member of the squad, having formed close friendships with Pogba, Rashford and Lukaku in particular. His importance to dressing-room spirit cannot be underestimated, and his usual jovial, joking demeanour can only help in keeping spirits up, especially during runs of patchy form.

Given all of this, the level of criticism directed at United’s #14 is somewhat surprising. It seems that most of this is because of what he is not; a Gareth Bale or Antoine Griezmann. Every misplaced pass or unsuccessful dribble is met with a fresh appraisal of his talent, or perceived lack thereof, and how he is not fit to be anywhere near United’s first team. He should be celebrated instead; as a local lad representing, and doing well, for his boyhood club.

Lingard has already made a name for himself as a Wembley specialist, having scored in the FA Cup final, EFL Cup final and the Community Shield games at the national stadium. His stunning strike to win the FA Cup in extra-time will be remembered for years to come, as it sealed the first trophy of the post-Sir Alex era. Having also scored in a 1-1 draw away to Chelsea during that season, as well as bagging a crucial brace away at Arsenal this season, it seems Lingard may gradually be developing into a big-game player. Whether or not Lingard goes down as a fan favourite or cult hero in the years to come remains to be seen. One thing is for certain however: like Aragorn in The Lord of the Rings, there is far more to Lingard than meets the eye, and the United faithful would do well to remember this.