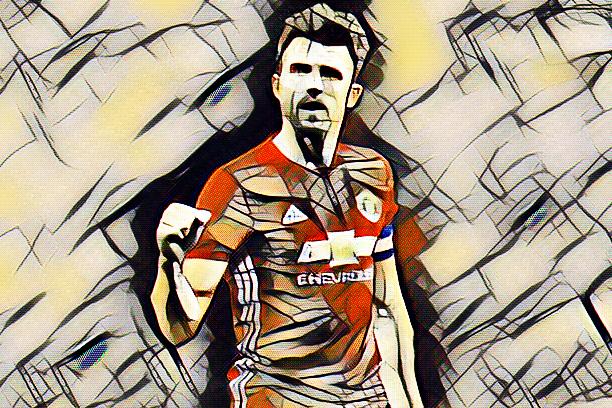 It is often said that we do not recognize the value of what we have till it is gone. This is true in all walks of life, but especially so in football. All of us can name players we would want back, playing for the teams we root for, but who now no longer do so, either due to the end of their careers, or because they decided to move onto pastures anew. My focus, however, is on those whose talents and contributions were only recognized after they were gone, or when the end was approaching. One player, in particular, fits this description almost perfectly. I am talking, of course, about Michael Carrick.

Carrick’s career has been largely played out to a backdrop of unenthusiasm, certainly from fans, and especially since his move to Manchester United. He was initially thought of as a brilliant prospect; yet another talent to emerge from the West Ham academy, alongside the likes of Joe Cole, Frank Lampard, and future United teammate Rio Ferdinand. He had established himself in the first-team by the 2000-2001 season, having won the club’s Young Player of the Year award the previous year, as well as earning his first England cap, and stuck with the club when they went down in 2003; a remarkable show of professionalism, one which would mark his career. However, he moved on to Tottenham Hotspur by the beginning of the 2004 season, spending two seasons at the North London outfit before making his move to United, which is where he has been ever since.

The purpose of outlining Carrick’s career till his arrival at United is to give due recognition to the fact that he was so highly thought of at the start of his career, but subsequently suffered from the towering expectations placed on every Manchester United player, if not in performance then certainly in perception. Carrick’s arrival was during a turbulent time for the club; Jose Mourinho’s Chelsea had won two league titles back-to-back, while United had just had a trophyless season. Moreover, club captain and bonafide legend Roy Keane had departed the club in acrimony, after a falling out with Sir Alex Ferguson. It was in these circumstances that Carrick found himself at Old Trafford, with the added burden of being handed Keane’s now-vacant #16 shirt; an unfair comparison that would colour perceptions of his performances for years to come.

Michael Carrick’s standing amongst the United faithful cannot be doubted any longer. However, this was not the case during his initial days at the club, as the fans expected him to literally replace Keane’s fire-with-fury performances on the pitch; laughably so, as Carrick is a diametrically opposite player. He struck up a fruitful relationship with Paul Scholes in United’s engine room, sitting in front of the defence and methodically keeping the ball moving, while other, flashier members of the squad hogged the headlines and the limelight. Carrick has suffered from this lack of recognition in a similar manner to Scholes, whose talents were only fully appreciated after his retirement. Note that this is not true of the United faithful, but of the wider footballing public. Their England careers were also similarly synonymous; while Scholes retired from international football at the age of 30, tired of being shunted out of position to accommodate the golden boys, Steven Gerrard and Frank Lampard, Carrick never fully managed to make a mark on the England team, making only 34 appearances for his country, due to a similar lack of appreciation for his qualities. Who knows, England may have done far better at international tournaments if these two United midfielders had been allowed to display their talents fully.

Carrick’s playing style and position sadly do not lend themselves to recognition, especially in this day of YouTube compilations and highlight reels. Carrick’s greatest strength has been his reading of the game and his positional awareness; watch Carrick play and you will see how he is constantly turning his head and looking where players are, and crucially, where they are not. It is this ability, allied with his undoubted quality on the ball, that have allowed him to play as the deepest of United’s midfielders for over a decade; his immaculate positioning leads to interceptions of opposition passes, before he starts off United’s attacks. These are all skills that cannot be showcased on television, let alone YouTube. True acknowledgement of this can only come when one watches Carrick play in the flesh, which is probably why United fans took so long to warm to him. But once they did, they haven’t let go, even if rival fans across England keep wondering what the fuss is all about, and deride Carrick for his supposed sideways passing, while at the same time going ga-ga over the Barcelona model being espoused by Pep Guardiola at Manchester City; a style that would not be possible without a controller like Carrick. Indeed, Pep has been blessed to have the likes of Sergio Busquets, Xavi, Toni Kroos, Xabi Alonso, Bastian Schweinsteiger and Fernandinho at his clubs, to implement his style of play. The irony is sadly lost on everyone.

As Michael Carrick nears the end of his career, having announced his intention to retire at the end of this season with a view to taking a position on United’s coaching staff, it is only now that the wider footballing public is somewhat begrudgingly acknowledging his talent. United fans, however, have been aware of this for quite a while, as is evident from the chant in celebration of United’s club captain. It is high praise indeed, to be considered Paul Scholes’ doppelganger, as the chant implies, and the only disappointment is that football fans in England did not recognize his talent sooner.