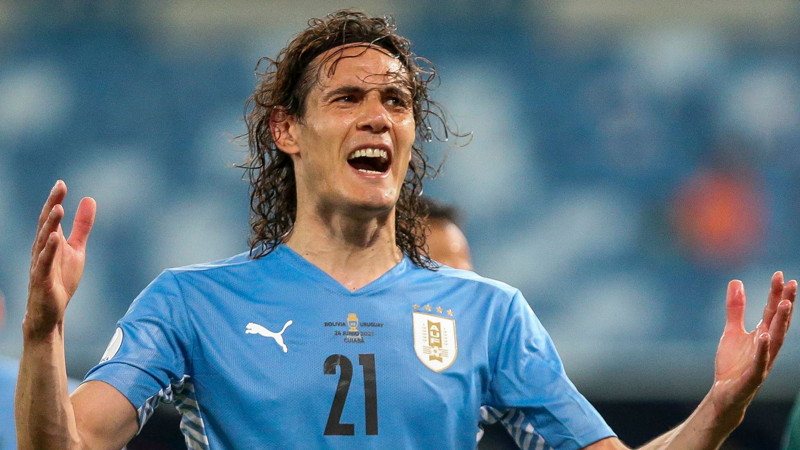 Having spent £140m in summer the previous year, and another £66m in January, Manchester United owners, the Glazers, weren’t so willing to splash the cash.

United finished third in the Premier League in 19/20, and thus Solskjaer may have hoped for greater backing from the board in the vision of climbing two steps higher to winning that elusive Premier League title which has defied them since 2013 with Sir Alex Ferguson’s retirement.

Donny Van de Beek was the marquee signing of the summer despite only costing £34m pounds, which compared to the acquiring of Harry Maguire last summer for a club record fee of £80m, isn’t that noteworthy.

However, it’s Van de Beek’s footballing intelligence and acute ability to work in tight spaces making intricate runs dragging the opposing defenders out of position, leaving spaces in behind which set him apart. This could be crucial for Ole Gunnar Solskjaer’s team as it may leave whoever his new chosen  number nine is in more space for someone of the quality of Bruno Fernandes to find and thread through to.

Van de Beek’s most noteworthy performance came against Tottenham Hotspur in the Champions League semi-final second leg at Spurs’ new stadium in 2018/19. The Dutch midfielder picked up a pocket of space between Spurs’ defence, taking a drilled pass in, turning on it, stuttering several times to put off oncoming French international Hugo Lloris, before placing his finish in the bottom left-hand corner of the net.

Van de Beek can play a range of positions across the midfield with a preference in the number 10 position, with the ability to drift and find pockets of space to run into. He can also play as an ‘eight’, but his small nature, and lack of physical presence may lead some to doubt whether he’ll adapt to the physicality of the Premier League enough to play in that position. However, with Paul Pogba continuing to run his contract down, Van de Beek could play a pivotal role in the future of Manchester United’s midfield.

Solskjaer will be looking to coach Michael Carrick to nurture the former Ajax player and potentially mould him into a similar player. One major issue could be Bruno Fernandes. Both Van de Beek and the Portuguese midfielder like to play in the advanced role of the midfield. Thus, with Fernandes’ brilliant form since signing in January for £55m, Van de Beek may struggle to cement his place in the side ahead of the former Sporting player and subsequently could be underused.

However, as seen with the title winning sides under Ferguson, perfectly illustrated with his use of Andy Cole, Dwight York, Teddy Sheringham and Solskjaer, depth is pivotal for success. Therefore, the signing of Van de Beek is an exciting one for Manchester United fans as he could provide that extra intelligence needed to take the United midfield to the next level and bring back trophies to Old Trafford once more.

18-year-old Ivory Coast winger Amad Diallo cost United just under £19m pounds to bring the teenage sensation to ‘the theatre of dreams.’ Despite having only featured 35 minutes for Atalanta at senior level, the youngster is highly regarded as the next big thing.

Diallo’s best attribute is his silky dribbling stemming from his clever feet, helping him glide past defenders. He uses a burst of acceleration to ensure he clears the defender in the process. At only 18-years of age, Diallo has a lot to learn, but the raw nature of his talents can be nurtured best in the stadium where the most notable youngsters first stepped foot, like the class of 92 or Cristiano Ronaldo.

Solskjaer will be hoping he can turn Diallo into a feared winger, running at defences instilling fear into defenders as he passes them.

However, fans must avoid placing too much pressure on the former Atalanta player as he’s only 18.

Ultimately, the signing of Diallo is a prosperous one, which could flourish in years to come.

27-year old Alex Telles, despite likely only a second choice to Sergio Reguilon, who Spurs snapped up ahead of United, could be a very efficient signing for Solskjaer’s men.

The Brazilian fullback is known for his great output offensively crafting delicious crosses with his left foot.

Telles’ quality in the final third could mark a strong relationship with new signing Edison Cavani who’s known for his poacher like instincts to swoop in and head home any crosses Telles provides.

At only just over £13m, Telles comes as a low risk, but high reward signing, helping further booster Solskjaer’s squad in the hunt for trophies.

Thus, Telles could be a quality signing for United, bringing essential squad depth at left fullback.

Like Diallo, Facundo Pellistri signed for United as a relatively unknown winger from Penarol in the Uruguayan first division. He signed for around £7.5m, making him another low risk signing. However, this has increased doubts around Solskajer’s transfer strategy as the club seemed to be putting youth as a priority ahead of strengthening the first team. The young winger, is an intelligent forward, with clever ball control and the ability to run with the ball well. Like Diallo, the effectiveness of this signing is something that only time will tell.

The signing of Edison Cavani could be a masterstroke for United, but illustrates the incredibly ill-prepared nature of their transfer strategies. United left it to the last days of the window before signing the 33-year-old from PSG on a free transfer. This signing is something of a stop gap and is very much short term based, but could be essential in providing United with that killer instinct. Cavani scored 200 goals in 301 games for the French side, proving to be an elite goal-scorer.

What makes Cavani so unique though is his movement of the ball. The Uruguayan is a specialist at finding the space ahead of the defenders by reacting first to every attack. This is a strong attribute to have as it allows creative players like Fernandes and Telles to aim a cross or pass into the front post knowing Cavani will get there first. Anthony Martial brings elite ball control and hold up, but Cavani can provide that killer instinct which will help United get those crucial goals they couldn’t before. Thus, the signing of Cavani is an effective one, which should help United score a lot more goals.

United’s main sale came from English international Chris Smalling to Italian side Roma for just over £13m. As Solskjaer implemented Harry Maguire and the Swede Victor Lindelof as his centre half pairing, Smalling, who wanted gametime, had no other choice really. The Englishman was at United for 10 years after signing from Fulham in 2010.  £13m isn’t a great fee for a 30-year-old English centre half, but United will be happy to have at-least got some value after a history of poor sales.

The loaning of Diogo Dalot to AC Milan for a £439,600 fee, could be a useful decision by United enabling the Portuguese to regain some confidence after being plagued with injuries for years. Since signing under Jose Mourinho, Dalot has struggled to hold down a place in the side and with consistent injuries, Aaron Wan Bissaka was signed to start ahead of him. Therefore, with the potential of consistent game time, Dalot could improve remarkably, enabling him for selection at United next season, providing healthy competition with the English fullback.

The sale of Alexis Sanchez on a free may lead some to believe he was United’s worst ever signing. When signing from Arsenal, the hype and prospect around the transfer was enormous. The Chilean was given the historic number seven shirt but never provided the quality of his predecessors. Sanchez was given enormous wages to attract him to the club and this just further epitomised how bad of a signing he was. The former Arsenal star only scored 5 goals and assisted 9 in 45 games. Therefore, despite making no money back from him, senior executives will be happy to have moved him on due to his huge wages and poor form.

Both Cameron Borthwick Jackson and Joel Pereira ran their course at United, neither able to make a real foothold into the side. Borthwick Jackson rose-up thanks to former manager Louis Van Gaal handing him his debut, but never managed to stay consistently in the side. Pereira was unfortunate in the fact he was competing with one of the world’s best goalkeepers in David de Geam, and thus if he wanted starting game time, he’d have to look elsewhere.

The loaning of Andreas Pereira could be a financially smart move from United due to the signing of Fernandes. Once the Portuguese entered the team, the Brazilian barely featured. Thus, loaning Pereira out where he’ll get more game time could help him find form and impress, increasing his future transfer value for United to gain from.

Finally, the loaning of Tahith Chong could help provide future blessings for United, as for Werder Bremen in the Bundesliga, he may be able to grow and develop with the potential of returning to Old Trafford a much better player ready to compete for starting places.

Overall, Manchester United’s summer was a mixed bag. The £55m spent is low for a club the size of Manchester United instantaneously. However, the signing of Van de Beek, Cavani and Telles could provide excellent additions to the first team squad with Diallo and Pellistri potentially growing into future stars. However, the rushed nature of Cavani, and United missing out on Reguilon illustrates a major strategic issue.

Expenditure wise, Smalling was useful in providing some cash and needed to go. The removal of Sanchez was necessary. Then Andreas Pereira and Chong on loans could massively benefit United in the future and thus are clever deals. Furthermore, Diogo Dalot could be a brilliant deal for United as he gains invaluable minutes helping potentially provide competition for places in future years. Then Joel Pereira and Cameron Borthwick Jackson were essential sales. Therefore, United’s summer was acceptable, but with a lot to improve on.