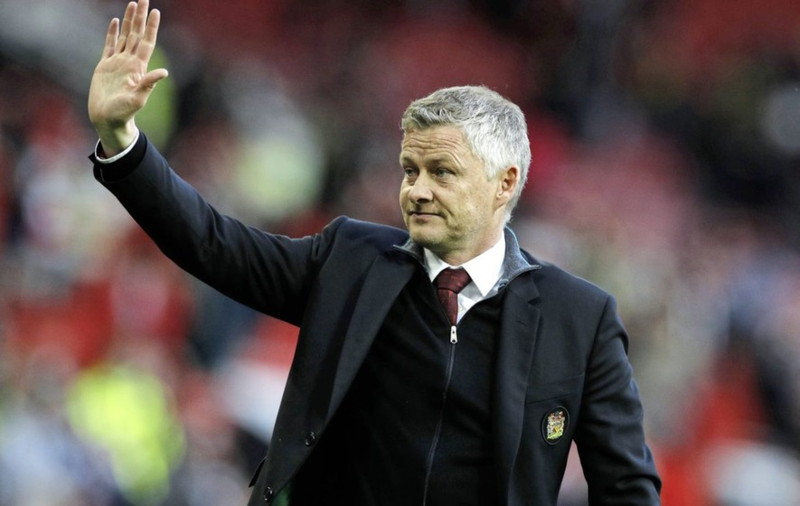 After just under three years as the manager at Manchester United, Ole Gunnar Solskjaer has been removed as head coach with a short-term interim the likely replacement.

The Norwegian first joined United as a player back in 1996, known as the baby-faced assassin scoring 126 goals in his 11-year reign at the club.

Solskjaer is most famously known for his historic injury time winner against Bayern Munich in the Champions League final in 1999.

Ever since that fateful day in Barcelona, Manchester United fans have adored the forward, treasuring him as a permanent club legend.

His ability to come off the bench and make a huge difference to the game, made him invaluable to Sir Alex Ferguson.

After his retirement in 2007, Solskjaer firstly helped coach United’s first team strikers for the remainder of the 2007/08 season. In 2008, Solskjaer took over the Manchester United reserves, building up his managerial experience.

Then, in 2010, the Norwegian took his first big steps into management becoming the head coach of his former playing side Molde. At Molde, he was successful in winning the Norwegian league in his first year at the club. He then went on to win it again in successive seasons. However, after a difficult third season, he made the move to Cardiff City in January 2014.

His time at Cardiff proved difficult, struggling to ignite any form into the Bluebirds, subsequently finishing 20th and being relegated back to the Championship. Furthermore, after a poor start to the new Championship campaign, Solskjaer was sacked.

In 2015, Solskjaer returned to Molde. He remained at Molde until December 2018 when he was hired as caretaker manager for United after the sacking of Portuguese manager Jose Mourinho.

His time as Manchester United manager

Solskjaer’s start to managerial life at the ‘Theatre of Dreams’ was excellent. He won his first game in thrilling fashion beating his former side Cardiff 5-1. He then went onto win his first five games in a row before securing 14 victories in 19 games. Such form earnt him the full-time managerial role at the club.

At his time as manager of Manchester United, his best victory arguably came in his first couple months. After a 2-0 defeat against PSG in the Champions League at Old Trafford, progress into the quarter finals seemed incredibly unlikely. However, Solskjaer led United to a triumphant 3-1 victory after a last-minute Marcus Rashford penalty sent PSG crashing out.

After a successful first couple months, United ended the season in sixth due to their form plateauing. However, in his first full season at the club, Solskjaer guided the club into third place, securing Champions League football, but failed to win any silverware after losing three semi-finals in the Europa League to Sevilla, the League Cup to rivals Manchester City and the FA Cup to Chelsea.

This lack of silverware continued in his next season at the club, finishing second in the Premier League, but losing in the Europa League final to Villareal on penalties after being knocked out of the League Cup in the third round by West Ham and the FA Cup on penalties by Middlesborough in the fourth round.

Then in his final months at the club, a 5-0 humiliation at the hands of United’s biggest rivals Liverpool at home, then a subsequent battering by local rivals Manchester City put Solskjaer’s job on the line. Ultimately, it was a 4-1 thrashing at the hands of Watford which put the final nail in the coffin for the Norwegian as he was subsequently sacked just days after.

Was his time as Manchester United manager success?

Due to the bleak situation the club was left in after the sacking of Jose Mourinho, some may argue his time at the club, although trophyless was successful in turning the club around. The atmosphere around United was at an all-time low, with fans losing their faith in the club and players losing their enjoyment in playing for the team. However, with Solskjaer’s arrival, he brought a new lease of life and positivity.

His pre-established reputation and more defensive approach of his players in the media, was well received and made him a well-supported option as manager. In his first couple months he let the players express themselves, playing quick fluid football similar to previous years under Sir Alex Ferguson.

However, although he turned the club atmosphere around, ultimately, success at a club like Manchester United is defined by trophies. Solskjaer came tantalisingly close on many occasions but failed to make that extra step. As manager, he spent over £300m on players like Harry Maguire, Jadon Sancho and Bruno Fernandes, which has improved the team, but his transfer strategy has been questionable for players like Donny Van de Beek, Amad Diallo and Daniel James.

This strategic failure doesn’t solely stem from his though, as the board must take responsibility for their scouting department and footballing hierarchy. However, on the field, despite some good performances particularly in the first few months of his reign, the football was lacklustre and uninspiring. United lacked cohesion and often looked like they played without a gameplan and would just rely solely on individual brilliance from the likes of Fernandes and Marcus Rashford.

A huge part of being a Manchester United manager is playing the ‘United way’ and Solskjaer predominantly failed to do this despite such a bright start. Furthermore, a big part of Solskjaer’s attractiveness as a coach after such a dominating coach like Mourinho was his man management. He defended players in the media, always protecting his squad which completely contrasted with the Portuguese manager and how he dealt with players like Shaw. However, despite this, Solskjaer gave players like Dean Henderson and Jesse Lingard false promises of playing time which questions his prowess as a man manager.

Therefore, ultimately, Solskjaer succeeded in partially turning the club around but failed in United’s number one priority of winning trophies.

With Solskjaer’s sacking coming midseason, finding a permanent manager could be difficult. Thus, the United board could look to another interim or caretaker manager again.

Some likely names on the shortlist would be Erik ten Hag, Mauricio Pochettino, Brendan Rodgers and Ralf Rangnick.

In previous seasons, United have heavily looked at Pochettino, but he’s always been in a managerial role and thus has been hard to acquire. Currently he manages PSG and therefore trying to acquire him mid-season will be difficult and expensive. Likewise, Ten Hag, who’s having a strong season at Ajax, will be hard to sign mid-season particularly due to their impressive Champions League run.

Brendan Rodgers could be easier to acquire due to his lower club status in Leicester compared to Ajax and PSG, but still may cost more than the Glazers are willing to spend. Therefore, United may look to a manager like Ralf Rangnick who could be brought in on an interim basis, to see United through to the end of the season in the hope of potentially winning a trophy and securing Champions League football for the next manager.

Rangnick currently works at Lokomotiv Moscow as a managing director, and was global sporting director for RB Leipzig. Thus, the German hasn’t worked as a manager since 2019, but his reputation at FC Schalke and Leipzig for his quick pressing football would excite the Old Trafford crowd and bring crucial experience to players who have lacked tough coaching in previous seasons.

Doubts will occur whether he’s good enough even as a stopgap for United, but his availability and experience in the game could be crucial in tempting the United hierarchy into moving his way.